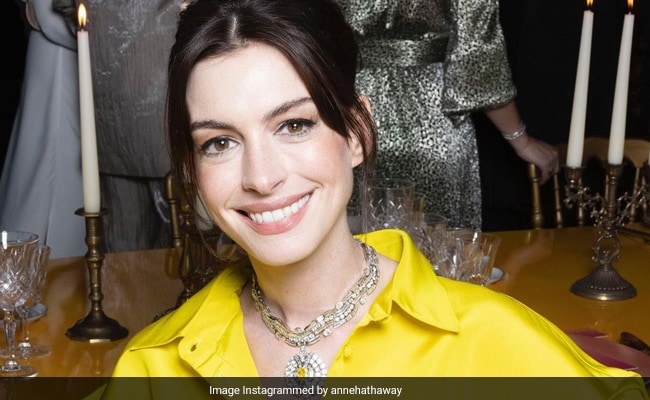 Hollywood actress Anne Hathaway recently revealed after a screening of “Eileen” at the Sundance Film Festival that she was once asked a creepy question when she was 16, according to type.

“I just remember when I started acting and had to do press, the first question I was asked was: ‘Are you a good girl or a bad girl?'” said the 40-year-old actor, adding, ” I was 16. My 16-year-old self wanted to respond with this movie.”

The actor further said she signed up for the darkly hilarious thriller after seeing director William Oldroyd’s 2016 drama Lady MacBeth.

Anne said: “I think it’s a remarkable piece of work. I saw a study of women’s complications that hit me very, very hard, and I think Will is a trustworthy filmmaker, Can tell complex stories, especially about women.”

The film tells the story of a young prison secretary who befriends a charming counselor with a dark secret.

‘erin’ Originally adapted for the screen by Ottessa Moshfeg based on the book of the same name.

Meanwhile, the “Princess Diaries” universe is being resurrected by Disney! An upcoming installment of the film, written by Aadrita Mukerji, is not a reboot, but a continuation of the film starring Anne Hathaway.

According to The Hollywood Reporter, Hathaway didn’t have a deal to return, but she’s publicly expressed her support for a third installment and hopes she’ll return if the potential new film moves past the script stage.

VIDEO: Elderly teacher falls on bike, police beat him for being slow