NDTV was unable to independently verify the authenticity of the video.

A day after Delhi Women’s Commission chairwoman Swati Maliwal claimed she was harassed and dragged by a drunk driver, a video of the incident showed her confronting the man, who has since been arrested.

Swati Maliwal, who claims her arm got caught in a car window when she tried to stop a driver, was dragged near Delhi’s AIIMS hospital on Wednesday night as she “did a reality check” in the street 15 meters away. Women’s safety in the capital.

In the video, Ms Maliwal is seen refusing the driver to give her a ride. “Sorry. I can’t hear you. Where are you sending me? I have to go home. My relatives are on their way,” the video shows the 38-year-old women’s group leader telling the man, Harish Chandra.

Ms. Maliwal was seen walking away. She said the man “drove off angrily” but turned around and came back.

“Where are you going to send me? This is your second time here. I kept saying I didn’t want this,” she can be heard saying in the video. She walked up to the driver and was seen putting her hand through the window. 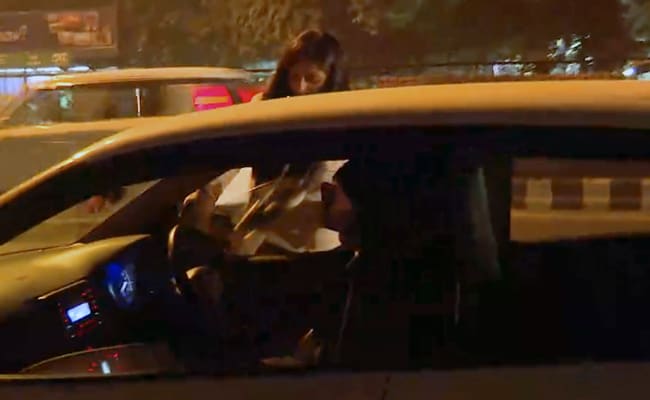 Swati Maliwal and her alleged harassers

Just then, the man drove away and heard loud screams.

NDTV was unable to independently verify the authenticity of the video.

“Action was taken based on a distress call from Ms. Swati Maliwal, South District. Police acted quickly and within 22 minutes the alleged Baleno car was arrested. The FIR of the relevant part has been registered and charged for the arrest. Further investigation is ongoing,” Delhi Police said in a statement. tweeted Thursday.

Ms Maliwal called it a “very horrific” incident and said if her team hadn’t intervened she would have been “the next Anjali”.

She was referring to the young woman who died after being dragged 13 kilometers by a car on New Year’s Day.

“God saves lives. If the Women’s Commission chairperson is not safe in Delhi, then imagine the situation,” Ms Marival tweeted.