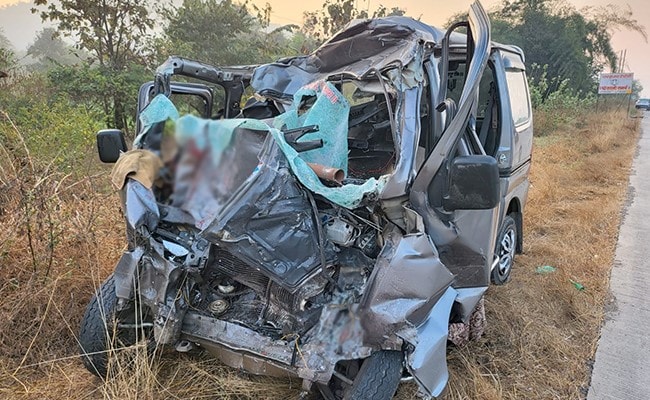 Nine people including a child and three women were killed when a car collided head-on with a truck on the Mumbai-Goa highway this morning.

According to the police, the accident happened near the highway Mangaon around 5 am today.

The car was on its way to Guhagar in Ratnagiri district when the truck was heading to Mumbai. The wreckage of the badly damaged car shows the extent of the crash.

The dead included five men and three women. A child injured in the accident has been taken to hospital, police said.

They added that traffic on the highway had resumed and the incident was being investigated.