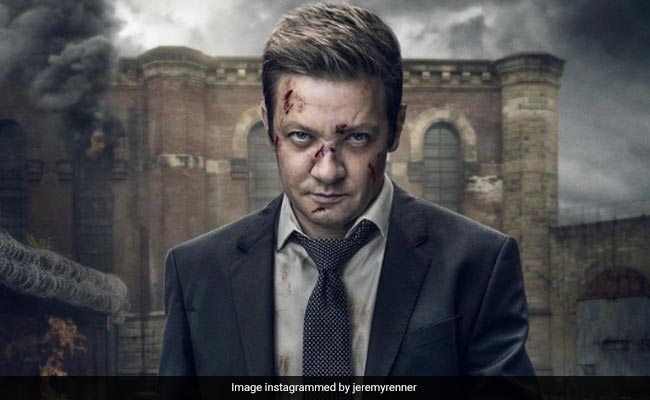 The actor was injured while plowing snow at his house

Paramount Pictures digitally edited actor Jeremy Renner’s face in a new poster for “The Mayor of Kingston.” The network edited the marketing poster and removed the actor’s facial wound after he was involved in a snowplow accident. The latest accident has left Renner in critical condition.

The actor was originally photographed bloodstained in an old poster for the second season of “The Mayor of Kingston.”

The show’s co-creator High Dillon said changing it would “be good for the network.” On Tuesday, he revealed that the Hawkeye actor has been released from the hospital and is recovering at home. “Everyone is sensitive about Jeremy,” Dillon told The Hollywood Reporter.

The actor confirmed via Twitter that he has been released home from the hospital. On Monday, the 52-year-old actor responded to an account from his show, The Mayor of Kingston, on Twitter, revealing that he was recovering at home.

Mr Rainer wrote: “Aside from the fog in my head during the recovery process, I’m excited to watch episode 201 at home with my family.”

The actor was injured while plowing snow at his Reno, Nevada, home on New Year’s Day. Mr Renner was airlifted to hospital and admitted to the Intensive Care Unit (ICU).

While in the hospital, the actor actively shared about his health on his social media accounts. The actor informed fans of his illness on Jan. 3 by posting a selfie of his hospital bed on Instagram and thanking well-wishers for their support.

The “Marvel” actor was trying to help move a family member’s car out of the snow when the actor’s snowplow ended up running him over and seriously injuring him. The snow blower used by the cast is a PistenBully or Sno-Cat, a large snow removal device that weighs at least 14,330 pounds.