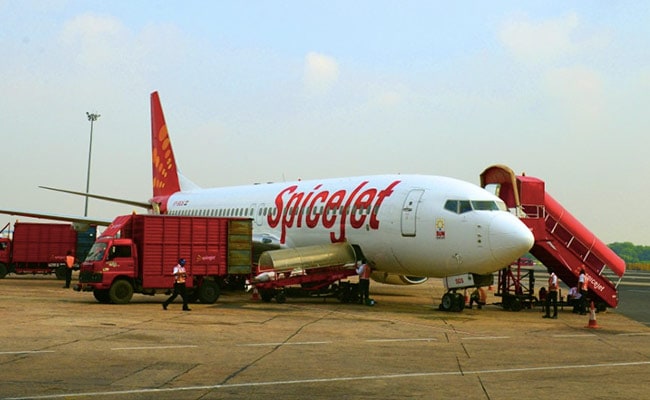 A SpiceJet flight from Delhi to Pune is being searched after receiving a call that a bomb was on board. The plane was due to take off from Delhi’s IGI airport at 6.30pm today.

After receiving a call about a bomb threat, airline officials stopped boarding the plane and called the bomb squad. All passengers and crew are safe and the aircraft is being searched.

Authorities have not found anything suspicious.

The paramilitary CISF and the Delhi Police are also on standby.

“Officials from CISF and Delhi Police are on alert. We have been informed by the authorities that they have received a call from a caller saying there was a bomb on board a SpiceJet plane bound for Pune,” a senior police officer told news agency PTI.

“The aircraft is being inspected but nothing suspicious has been found so far. However, we are conducting safety exercises in accordance with our standard operating procedures,” the official added.

Authorities are also trying to trace the caller and determine if it was a prank call.