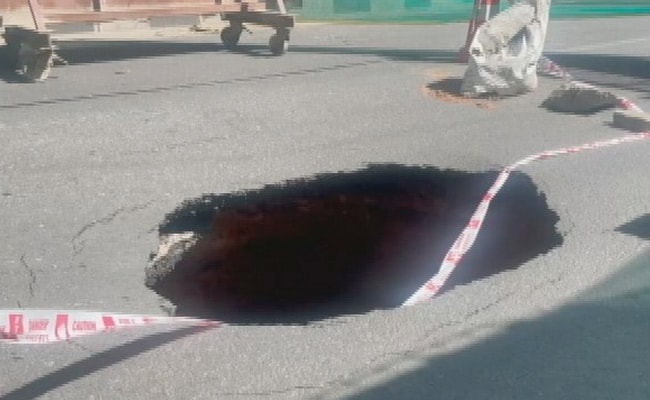 A man was injured after a section of road collapsed on Shoolay Circle in central Bengaluru. The man was cycling on Brigade Road, which collapsed in the city’s central business district.

The incident happened near the subway construction tunnel excavation works. Phase 2 of the project, known as Red Line – Nagawara to Gottigere, is currently underway, where the tunnel was dug 150 MTS from the accident site, where the road collapsed.

CCTV near the road captured the incident.

Just as the cyclists were passing through the area, a large portion of the road caved in, causing the accident. The man reportedly suffered minor injuries.

The incident came just two days after a woman and her teenage son were killed when a pillar collapsed on top of them, sparking massive outrage in the city against the Namma subway and the state government. The woman’s husband and daughter were also injured but are reported to be out of danger.

“Both suffered head injuries and we tried our best to revive them. They have lost a lot of blood and their blood pressure has dropped,” said the doctor who treated them.

The incident was reported by Nagavara in Bengaluru on Tuesday.

Namma Metro and the Karnataka State Government have announced compensation of Rs 2 million each to the affected families.