Man urinates at gate at Delhi airport, was scheduled to fly to Saudi Arabia: police 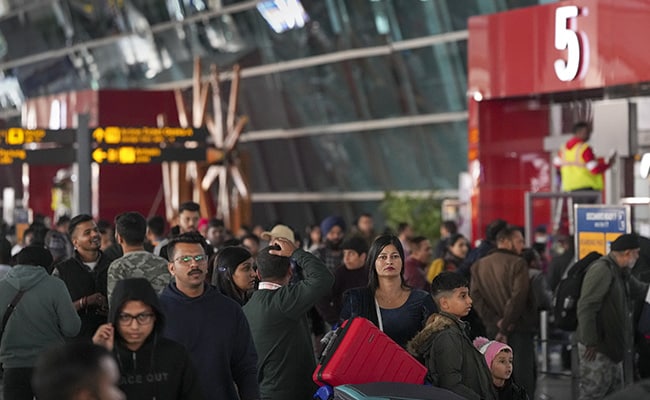 Police said the man was due to travel to Dammam, Saudi Arabia. (document)

A 39-year-old intoxicated man has been arrested for allegedly urinating at the gate of the departure area of ​​IGI Airport’s Terminal 3, police said Wednesday. Bihar resident Jauhar Ali Khan, who was arrested after Sunday night’s incident, was later released the same day after posting bail, they said.

A senior police officer said they received information around 5.30pm on Sunday that someone had publicly urinated at Gate 6 of the departure area of ​​Terminal 3 of Indira Gandhi International Airport.

Mr Khan, who appeared to be in a state of intoxication, caused a nuisance in public places by screaming and abusing others, according to police.

He was due to leave for Dammam, Saudi Arabia, they said.

Khan was arrested after a case was registered at IGI Airport under Sections 294 (obscenity and song) and 510 (misconduct by an intoxicated person in public) of the Indian Penal Code (IPC). He was later released on bail, the DCP said.

Earlier, a drunk man was alleged to have urinated on a drunk female passenger in business class on an Air India flight from New York to Delhi on November 26 last year.

Delhi police registered the woman with the FIR on January 4 based on a complaint he made to Air India and arrested him from Bengaluru on Saturday.

The accused was arrested from Bangalore. The court later returned him to judicial remand for 14 days.