Rahul Gandhi wears a T-shirt in the cold 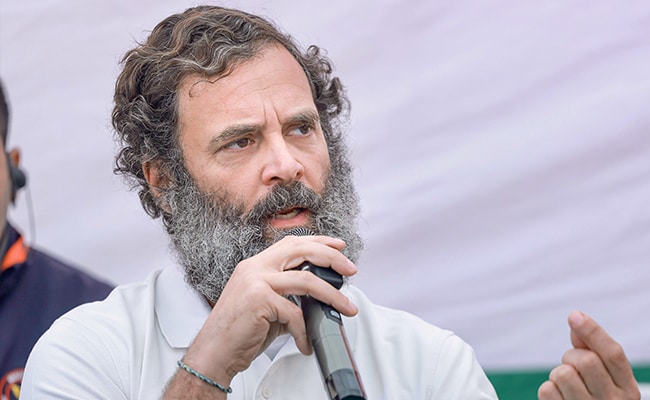 Congress leader Rahul Gandhi said on Monday that he had a heated discussion about wearing T-shirts despite the cold winter during his stay at Bharat Jodo Yatra, saying that after meeting three poor men who were “shivering in tattered clothes”, After the girls, he decided to wear only T-shirts during the parade. Madhya Pradesh.

“People ask me why I wear this white t-shirt, don’t I feel cold? I’ll tell you why. When the yatra started…in Kerala it was hot and humid. But when we entered It’s a bit cold in Madhya Pradesh.

“One day, three poor girls in ragged clothes came to me… When I held them, they were trembling because they didn’t wear the right clothes. That day, I made a decision, until I I will only wear a t-shirt till I am not trembling,” Mr Gandhi said in a speech at a street corner meeting in Ambala, Haryana tonight.

Rahul Gandhi said he wanted to send a message to those girls.

“When I start shaking, I think about wearing a sweater. I want to tell the three girls, if you feel cold, then Rahul Gandhi feels cold too,” he said.

During the pilgrimage in Uttar Pradesh, the Wayanad MP said last week that the media was emphasizing his attire but “not paying attention to the poor farmers and laborers who walked with him in tattered clothes”.

“I’m wearing a T-shirt is not a real issue, the real issue is why farmers, working poor and their children in this country wear rags, T-shirts but no sweaters,” he said in Bhagpat.

Mr Gandhi also took aim at Prime Minister Fasal Bima Yojana on Monday, saying that when crops were damaged due to unpredictability of weather etc. and affected beneficiaries went to seek compensation, they knew the company had nowhere to turn.

Referring to farmers protesting against the now-repealed Central Farm Law, Mr Gandhi said the Congress Party had asked in Parliament that “700 farmers lost their lives in riots against the Farm Law, at least to recognize their sacrifice and give them the status of martyrs, but the government did not accept it They died.”

Currently, the parade is passing through the state of Haryana.

The yatra started from Kanyakumari in Tamil Nadu on September 7 and will end on January 30 in Srinagar, where Gandhi raised the flag.