2 IndiGo passengers arrested for drinking alcohol on flight to Patna 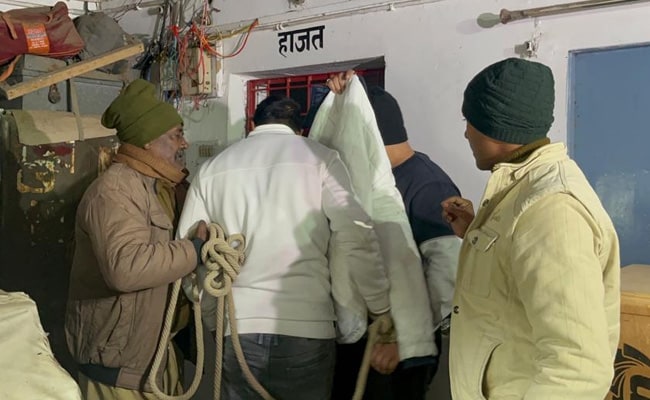 CISF detained them and handed them over to the airport police.

Patna Airport Police, with the help of the Central Industrial Security Force (CISF), arrested two drunk passengers on the Delhi-Patna IndiGo flight on Sunday night for drinking alcohol, which is prohibited on domestic flights. Sources said there was no rowdy aboard and when a crew member intervened, they stopped to apologize.

According to protocol, the airline notified air traffic controllers and they were arrested on arrival, the sources said.

Two passengers were drunk when they boarded a plane from Delhi and tried to keep drinking during the 80-minute flight.

CISF detained them and handed them over to the airport police.

IndiGo clarified in a tweet that there was no altercation on board the plane.

“Regarding the incident that took place on board Flight 6E 6383 from Delhi to Patna, the matter is being investigated by the authorities. We would like to clarify that there was no altercation on board the plane, as reported by some parts of the society. Media,” it said Say.

Regarding the incident on board 6E 6383 from Delhi to Patna, authorities are looking into the matter. We would like to clarify that there was no altercation on the plane, as reported in some parts of social media.

A source at civil aviation regulator Directorate General of Civil Aviation (DGCA) said a passenger told the cabin crew that someone had been drinking beer on board. There are six of them. The pilot was notified when the crew stepped in and saw empty cans in the seat pockets. They added that the two passengers confessed and were handed over to security along with relevant documents.

this is a few days later Arrest of Shankar MishraLast month, a Mumbai man caused an uproar over a six-week delay in taking action against him after he drunkenly urinated on a woman on an Air India flight from New York to Delhi. Social media users expressed shock and disgust at the airline’s handling of the incident. Tata Sons Chairman N Chandrasekaran Later admitted Air India’s response should have been quicker“We have failed to address this situation in the manner it should have been,” Chandrasekaran said in a statement on Sunday.

Air India CEO Campbell Wilson also apologized And said four crew members and a pilot were delisted and the airline was reviewing its “policy on the serving of alcoholic beverages in flight”.