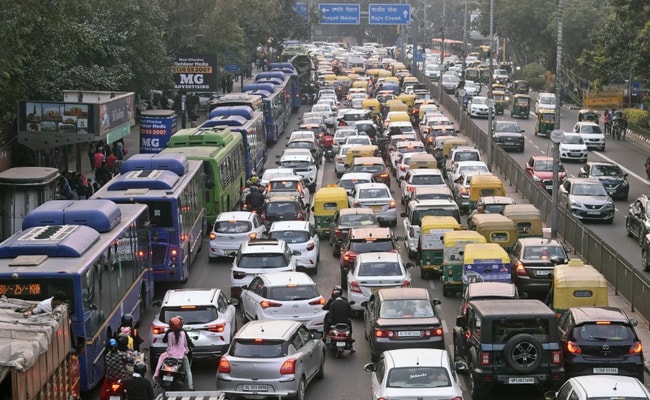 Police said restrictions were also expected to be in place on Monday and Tuesday.

Commuters in Delhi reported severe traffic jams in several parts of the city’s central and southern districts on Sunday as police set up diversions to allow religious processions to pass.

Traffic on following roads and road sections will be affected as religious procession will be on 8th January 2023, 09th January 2023, 10th January 2023 in relation to 811TH JRS-E-MUBARAK of Sufi Khwaja Moinuddin Chisti Ajmer Sharif pic.twitter.com/VGxyvu4NMN

Police said restrictions were also expected to be in place on Monday and Tuesday.

Traffic restrictions may be imposed on Lodhi Road, Safdarjung Road, INA Market and Qutub Minar from Hauz Khaz to Mehrauli.

Due to possible delays, commuters are advised to allow sufficient time to leave and should use public transport to avoid road congestion.

People have been instructed to avoid parking their vehicles on the side of the road, which could impede traffic.