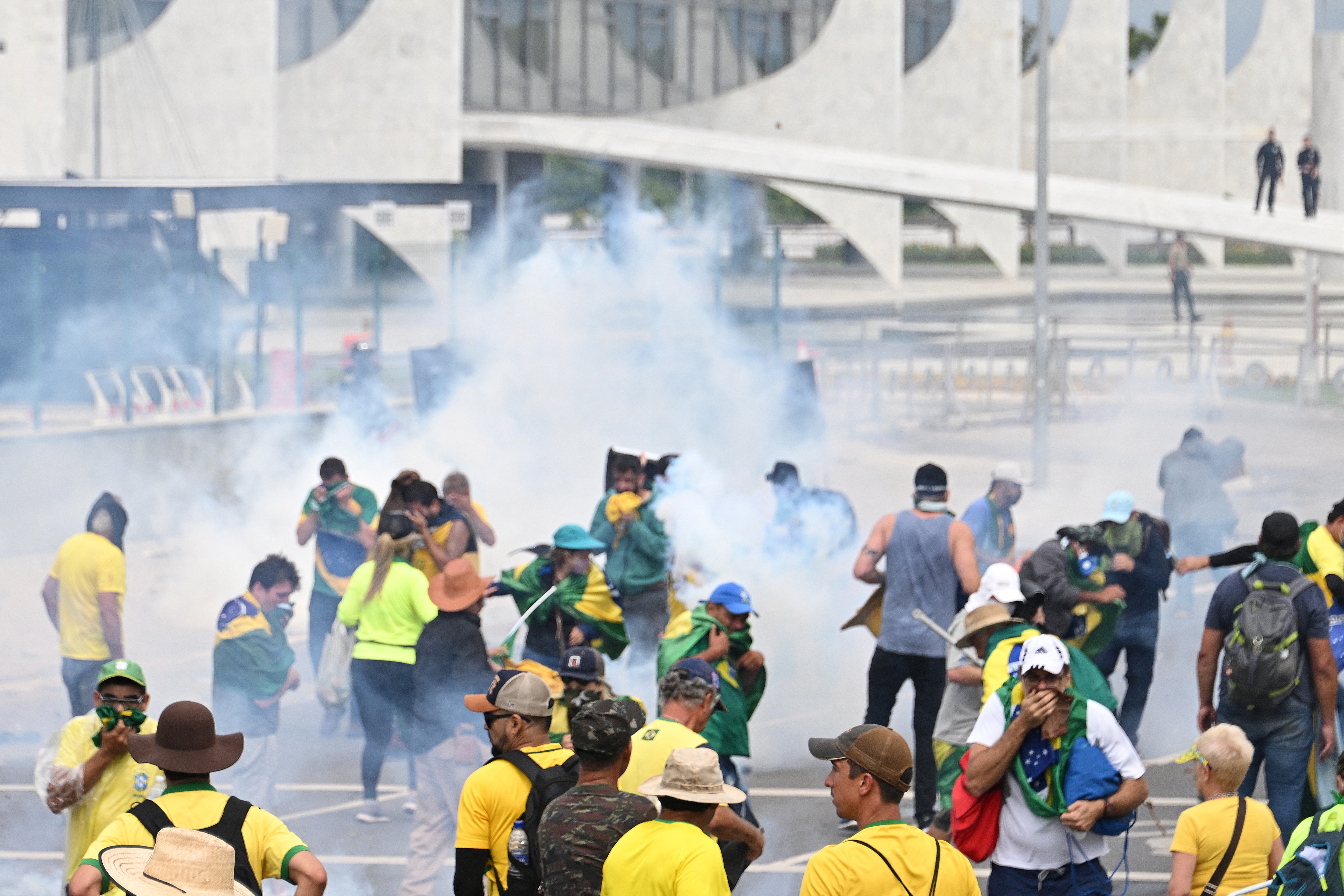 The area around Brasilia’s parliament building has been cordoned off.

A group of protesters wearing green and yellow flags swarmed into the center of power in Brasilia, breaking into the Capitol and climbing onto the roof of the iconic building, unfurling a banner calling for the Brazilian military to “intervene”.

Social media footage showed rioters breaking doors and windows into the Capitol before swarming in, trashing lawmakers’ offices and using the sloping podium on the legislature’s floor as a slide to yell abuse at absent lawmakers.

A video showed a crowd outside pulling a police officer from his horse and knocking him to the ground.

The shocking images recall the Jan. 6, 2021, invasion of the U.S. Capitol by supporters of then-President Donald Trump, an ally of Bolsonaro.

Police established a security cordon around Brasilia’s Three Powers Square, home to the National Assembly, the Planalto Palace and the classic modernist building of the Supreme Court, as police fired tear gas to try to disperse the rioters, to no avail.

Protesters Sarah Lima told AFP they were demanding a review of veteran leftist Lula’s victory over Bolsonaro in the Oct. 30 runoff.

Lula, who took office on Sunday, narrowly won with 50.9 percent of the vote to 49.1 percent. Bolsonaro traveled to the US state of Florida on the penultimate day of his term, claiming he was the victim of a plot against him by Brazil’s electoral authorities.

“We need to restore order after this fraudulent election,” said Lima, a 27-year-old production engineer, wearing the yellow jersey of Brazil’s national football team – which Bolsonaro supporters claim is their own emblem. — and protested with her young twin daughters.

“I’m here for history, for my daughters,” she added.

Newly installed justice and public security minister Flavio Dino called the intrusion a “ridiculous attempt to impose (the protesters’) will by force”.

“It won’t prevail,” he tweeted.

“The government of the Federal District (Brasilia) is sending reinforcements and ground forces are operating at this time.”

The unrest came as Lula, 77, was visiting areas devastated by flooding late last year in the southeastern city of Araraquara.

Hardline Bolsonaro supporters have been protesting outside Brazilian military bases since his defeat, calling on the military to intervene to prevent Lula, who led Brazil from 2003 to 2010, from returning to power.

That sinking feeling: Can Josh Mars be saved?