We operate in 22 states but not all states support BJP 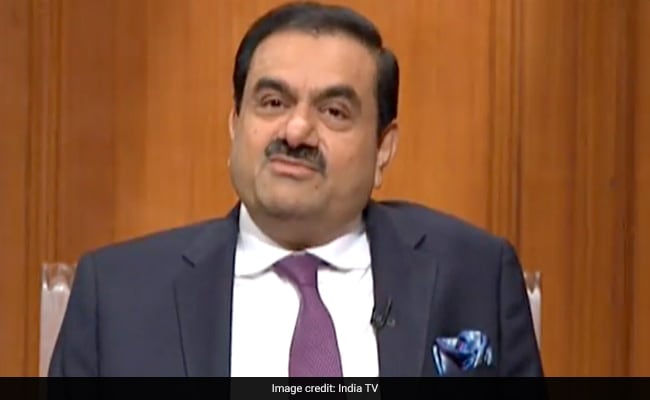 The world’s third-richest man, Gautam Adani, has said in an exclusive interview with Indian TV that his close relationship with Prime Minister Narendra Modi has fueled criticism of his wealth because he Work with many countries ruled by opposition. “We want to make maximum investment in every state…Adani Group is very happy that today it is working in 22 states and all of them are not ruled by BJP…I can say we don’t Any issue any state government. We even work in left-ruled Kerala, Mamata didi’s West Bengal, Naveen Patnaik ji’s Odisha, Jaganmohan Reddy’s state, even KCR’s state.”

mr adani appeared in yaki adalat, hosted by Rajat Sharma. The 60-year-old said: “I want to tell you that you can never get any personal help from Modiji. You can talk to him about policies that are in the national interest but when policy is made it is for everyone , not only the Adani Group,” he added.

Mr. Adani also stated that there were Misunderstanding that his multi-billion dollar group is heavily leveraged, making the savings of banks and ordinary people vulnerable. “Over the last seven or eight years, our revenue has increased by 24%, while our loans have increased by 11%,” he said, adding, “Our assets are four times what we borrow.”

Mr Adani explained during the 90-minute program that he believed opposition leader Rahul Gandhi had repeatedly accused him of crony capitalism as “part of the political business”. He cited the example of Rajasthan, which is governed by Mr Gandhi’s Congress party.

“Investment is our normal item. I attended the Rajasthan Investor Summit at the invitation of Chief Minister Ashok Gelot. Later, even Rahul (Gandhi) Ji praised our efforts in Rajasthan. Investment. I know Rahul’s policy is not anti-development,” he added, referring to his Rs 68,000-crore investment in the desert state.

Mr Adani said critics who said his relationship with Prime Minister Modi had been a windfall ignored the fact that his success began when the Congress party was in charge of the country.

“There were three major breakthroughs in my life. First, in 1985, during the Rajiv Gandhi reign, when the import-export policy allowed our company to become a global trading company. Second, in 1991, PV Narasimha Rao and Dr Manmohan Singh opened up the economy and we went into a public-private partnership model,” he said.

“Thirdly, during the 12 years of Narendra Modi’s rule of Gujarat… I can proudly say that it was a very good experience.” He said he wanted to emphasize “Gujarat’s commitment to Investor friendly, not friendly to Adani.”

in the past year, Mr Adani’s wealth has grown more than any other billionaire. His group is worth $200 billion and includes green energy, ports, mines, airports and major infrastructure projects. Mr Adani said his company had never closed a deal without a bid, so there was no doubt it would get special treatment.

“We have not won a project without a tender. Our Adani Group has this philosophy of not touching any project without a tender, whether it is a port, an airport, a road or a power station. Not a single charge has been made by us managed’ bidding. Even Rahul Ji has not made any allegations of tampering with the bidding process,” he said.