In ‘sinking’ town of Uttarakhand, a temple collapses, houses are on the verge of collapse, and people stand in the cold – Flying Journals
Skip to content
Uncategorized

In ‘sinking’ town of Uttarakhand, a temple collapses, houses are on the verge of collapse, and people stand in the cold

More than 500 buildings in Joshimath in the Chamoli district have cracks; locals estimate there are more than 700.

A temple collapsed on Friday night in the Himalayan town of Joshmat in Uttarakhand state, opening cracks in about 600 homes and other structures as soil moved, fueling fears among residents camped out in the cold.

Chief Minister Pushkar Singh Dhami, who is likely to visit on Saturday, evacuation ordered Temporary shelter for affected families. A team of experts and scientists goes door-to-door in a small Himalayan town.

City officials said more than 3,000 people were affected. This is more than 10% of the population. The fissure runs along the road and widens in the holy city, a major entry point for Hindu and Sikh pilgrims and one of India’s main military bases near the border with China.

no one was injured temple collapse Because it was abandoned after a huge crack appeared. A similar problem has arisen in the nearby town of Auli; all roads leading to it have been closed. In addition, ongoing projects, including the hydel power plant and the Char Dham road, have been halted.

People whose houses are affected and have to move out will get Rs 4,000 a month in rent for the next six months from the Chief Minister’s Relief Fund, the state government said.

On one of Joshimath’s main roads, a sloping hotel building leans against its neighbors, symbolizing how Unabated momentum leading to cracksLiterally, through the mountain town of the Chamoli district.

“A team from the National Disaster Response Force (NDRF) has been deployed in Joshimath as a precaution. It is important to remain vigilant as land subsidence is occurring in the area,” said LN Mishra, Chief Development Officer, Chamoli. 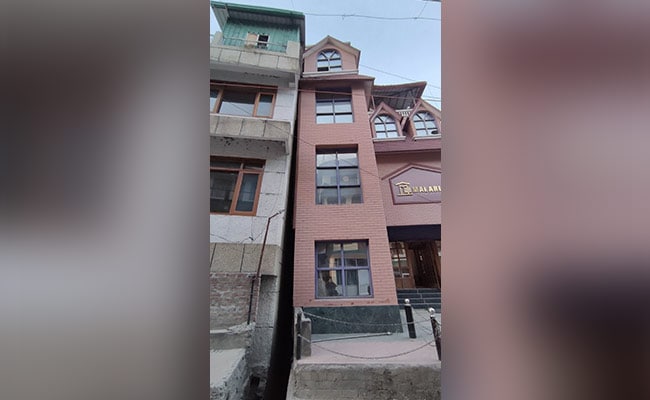 On a main road in Joshimath, a sloping hotel building and cracks around (underneath). 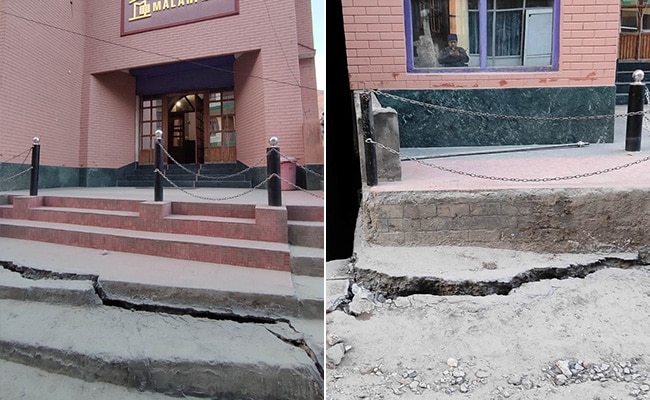 At least 40 families have been displaced as soil subsidence intensifies in the most quake-prone region.

The chief minister’s visit comes after locals protested demanding a solution or full recovery. Experts have been deployed and the state’s BJP government said it will do whatever needs to be done upon receiving their reports.

Locals say climate change and growing infrastructure are to blame.

“The tunnels dug for the hydroelectric power plant led to this,” said a local hotelier. “They continued to blast rocks to widen roads and build bypasses, even very close to our town.”

He added: “We’ve been living in fear. People are building fires and staying outside on cold nights because they fear their houses or hotels may collapse at any moment.” 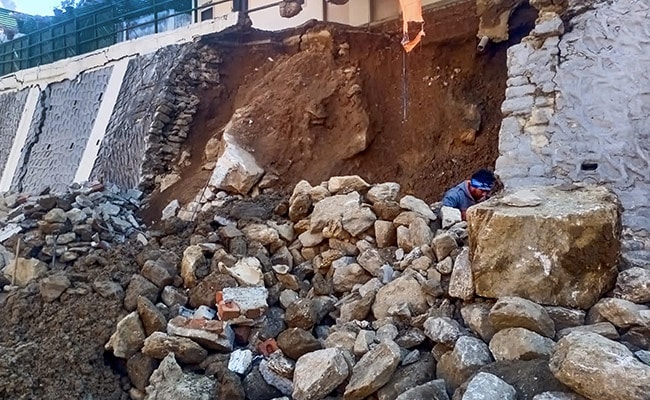 Of the government’s commitment to a solution, he said, “Measures should have been taken many years ago because this is not a new phenomenon. Successive governments have ignored the fact that large projects cause disruption.” 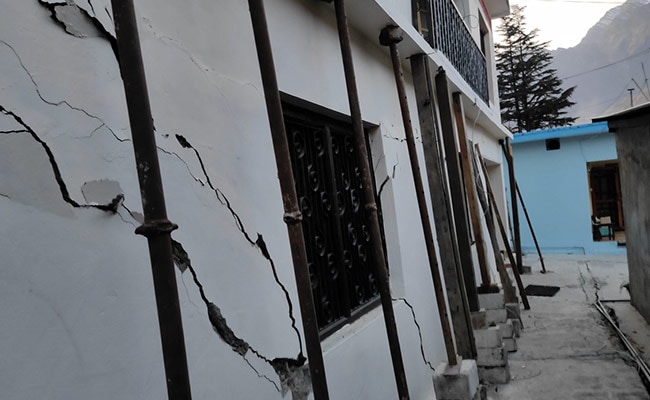 Officially, 561 businesses reported cracks, according to the Chamoli district government. Operations are limited at the Hotel View and the Malari Inn, which is adjoining a building next door, the statement added.

Others continue to live in crumbling homes or move in with relatives and friends. 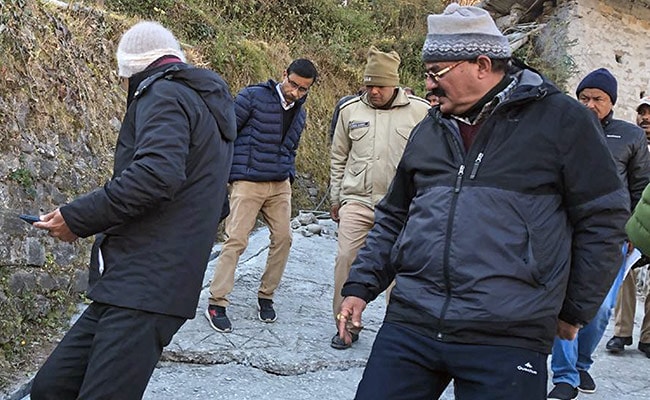 An inspection team from Joshimath will submit a report to the Chief Minister.

The district administration has asked Hindustan Construction Company Limited (HCC) and National Thermal Power Corporation (NTPC) to be ready to provide shelter to the affected families.

The town is over 6,000 feet high and is considered the gateway to many mountaineering expeditions in the Himalayas. These include pilgrimage centers to Badrinath and Hemkunt Sahib and treks to the Valley of Flowers.

Home to the Jyotirmath Monastery, one of the major institutions of Hinduism.