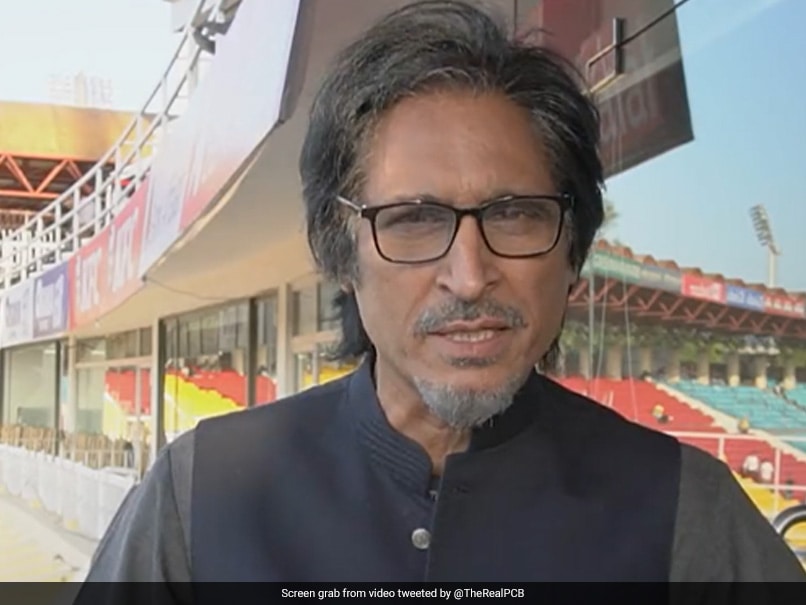 pakistan cricket board threatened on wednesday Ramiz Raja A war of words has broken out between the board’s new management committee and the former chairman following his unceremonious exit. “The Pakistan Cricket Board is disappointed by the comments and language used by former chairman Mr Ramiz Raja in social media platforms and television interviews directed at PCB management board chairman Mr Najam Sethi,” the PCB said in a statement.

“The PCB considers that the remarks made by the former chairman Mr Raja were aimed at tarnishing and damaging the impeccable reputation of the current chairman Mr Sethi, adding that it reserves the right to initiate legal proceedings to protect and defend the image and credibility of its chairman and the institution.”

Last Thursday, Raja was sacked as PCB chairman by the government, which appointed a 14-member committee headed by Najam Sethi to manage the tournament for the next four months. After his sacking, Raja claimed he was not even allowed to take his belongings from the board office after the government suspended the constitution.

“Najam Sethi tweeted at 2pm that Ramiz Raja was not there. Is this a respect to the former captain? I was not even allowed to go to the office to collect my belongings,” Ramiz said on his YouTube channel on Monday.

“The morning after it was announced that I was fired, they had about 17 people running through the PCB office like they owned it.

“As if I have committed some crime, I will take some incriminating evidence from my office. What is this tamasha? These people just come to enjoy life and get publicity…they don’t know anything about cricket ’” The former batsman further said that one should not expect any good for Pakistan cricket after the new board came to power.

“What happened to me was just political victimization and vendetta just because I was appointed by the opposition party even though I had no political connection with anyone. I was appointed on the basis of my cricketing and administrative qualifications.” La Miz said the committee was making decisions that would ultimately damage Pakistan’s dressing room environment.

“These people don’t know anything about cricket, they just come for the glory and the spotlight. I am miserable and frustrated because I was not allowed to complete my three-year term and all my plans to improve Pakistani cricket were scrapped Hold one person.”

Sethi and the committee were clearly stung by Ramiz’s remarks and issued a statement insisting they reserved the right to take legal action against the ex-captain’s allegations.

The statement said it was misleading and inaccurate for Ramiz to compare his spending with that of the current chairman during the previous term as the circumstances were not comparable.

According to the PCB, Sethi’s expenses were higher as he had to travel abroad frequently as the Pakistan Super League and international matches were held in the UAE.

“The Pakistan Super League from 2016 to 2018 was held overseas, which meant multiple trips to the UAE to organize major matches. However, no PSL allowance was paid to the current chairman, Sethi, and this information is provided only as a potential payable.

“In contrast, PSL 2022 was organized under former chairman Mr Raja and was held only in Karachi and Lahore.

“Current chairman Mr Sethi’s foreign travel costs are high as both PSL and Pakistan’s home international matches were played outside Pakistan during his previous tenure.

“As such, the current Chairman is required to visit the UAE frequently for the PSL and bilateral series and related meetings. All travel expenses are approved by the relevant authorities and are properly audited (internal and external).”

The statement also claimed that, “Due to security threats, he used his personal armored vehicle, and therefore a car allowance was paid to the current Chairman, Mr Sisi, as approved by the council.

“The current chairman Mr Sethi’s security costs are high as he is the former Chief Minister of Punjab and additional security needs to be provided to him and he has been warned of threats by the Punjab intelligence and special units.” The PCB also said, It never stopped Ramiz from entering the stadium, his belongings will be returned to him on Wednesday and he is always welcome at the stadium.