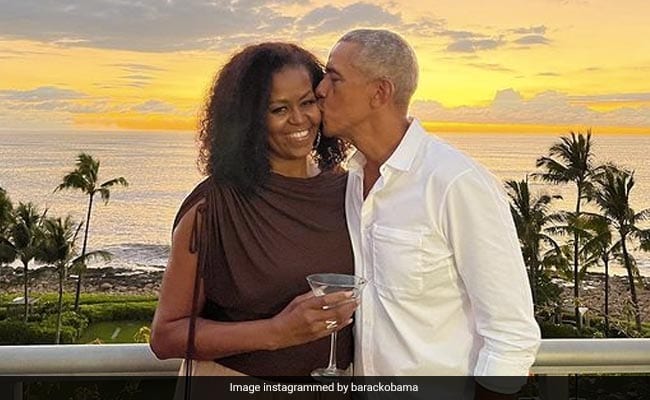 The couple celebrated their anniversary on October 4.

Former US President Barack Obama and author Michelle Obama are one of the most popular couples on the internet. Recently, the former first lady described the subtle reactions of Secret Service agents to their outward displays of affection. On “The Kelly Clarkson Show,” Mrs. Obama described the romantic journey she and her husband took to celebrate their 30th wedding anniversary, US media reported. independent.

The pair recreated their 1992 honeymoon to mark their anniversary milestone in October. After the wedding, the couple rented a car and headed to California’s west coast. This time, however, it was a little different, as they were accompanied by “convoys and agents”.

The couple celebrated their anniversary on October 4. Mr Obama shared a photo with his wife on Instagram. Along with the photo, he wrote: “Michel, 30 years later, I’m not sure why you look exactly the same and I don’t,” he began. “I knew I won the lottery that day – I couldn’t have found a better life partner. Happy Anniversary, sweetheart!”

The Instagram post also included an image of the phrase “Barack + Michelle” written in the sand of a heart.

Christmas 2022: Ranveer Singh and Deepika Padukone head to Alibag at the jetty