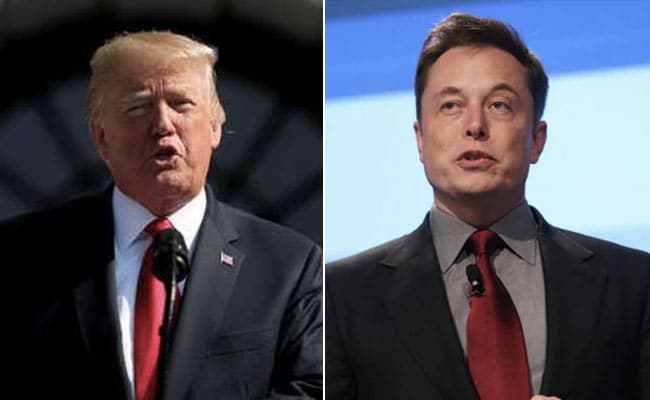 Donald Trump’s notorious Twitter account was revived on Saturday after the platform’s new owner, Elon Musk, conducted a poll in which voters overwhelmingly supported the move, a few days earlier. A former U.S. president announced his re-election to the White House.

Trump’s account was banned from the platform early last year for his role in the Jan. 6 attack on the U.S. Capitol in which a group of supporters sought to overturn the results of the 2020 election.

“People have spoken. Trump will be reinstated,” Musk tweeted shortly after the 24-hour Twitter poll on his account closed.

“Vox Populi, Vox Dei,” he added, repeating a Latin adage he also posted on Friday, meaning “the voice of the people is the voice of God.”

Trump will be reinstated.

In the end, more than 15 million people — out of 237 million daily Twitter users — voted on whether to restore the controversial image, with 51.8 percent in favor and 48.2 percent against.

Trump, who had more than 88 million users at the time his account was suspended, has become obsessed with using Twitter as a mouthpiece during his presidency, making policy announcements, attacking political opponents and communicating with supporters.

Several of his political allies were emphasizing his return on Saturday.

Musk’s poll asked for a simple “yes” or “no” response to the billionaire Twitter boss’ statement on Friday to “reinstate former President Trump.”

“Wonderful to watch the Twitter Trump poll!” Musk mused on a flurry of tweets from the controversial and hardline new owner of the one-to-many messaging platform on Saturday morning.

He has conducted similar polls in the past, asking followers last year whether he should sell shares in his electric car company Tesla. After that poll, he sold more than $1 billion in stock.

Trump has said he will not be returning to the popular platform, but instead will remain on his own network, Truth Social, which was launched after he was banned from Twitter.

Appearing via video link at a rally of the Republican Jewish Coalition in Las Vegas on Saturday, Trump said he welcomed Musk’s polls and was a fan of Musk himself, but appeared to reject any return.

“I do like him … you know, he’s a character, and I love characters,” he said.

“He did run a poll, and it was pretty overwhelming … but I have this thing called … Truth Social.”

As for whether he would return to the platform, he said: “I don’t see it because I don’t see any reason.”

Musk, who is also chief executive of Tesla and SpaceX, has come under fire for radical changes at California-based Twitter, which he bought for $44 billion less than a month ago.

He has since laid off half of Twitter’s 7,500 employees, rolled back its work-from-home policy and mandated long hours, even as his efforts to overhaul the company have faced backlash and delays.

His attempt to improve user verification with a controversial subscription service led to a string of fake accounts and hoaxes and prompted major advertisers to quit the platform.

On Friday, Musk appeared to be moving forward with his plan, reinstating previously banned accounts, including that of comedian Kathy Griffin, which was shut down after she impersonated him on the site.

The company’s offices were locked down on Friday, and instead of bowing to Musk’s demands, hundreds of employees resigned to work long, hard hours on the new Twitter.