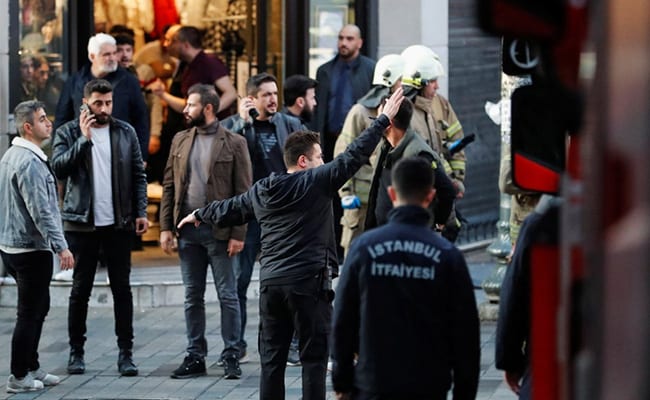 The explosion occurred on Istiklal Street in Istanbul, Turkey.

An explosion on a busy shopping street in Istanbul, Turkey, killed six people and injured dozens on Sunday. A video that has gone viral on social media shows the exact moment the explosion occurred.

In the footage, many people are seen walking down the famous Istiklal shopping street when they suddenly hear a loud bang. With the flames, there was an immediate panic, and people fled.

“When I heard the explosion, I was petrified and people froze and looked at each other. Then people started running. What else can you do,” said Mehmet Akus, 45, He was a worker in a restaurant in Istiklal.

Another witness recalled the aftermath of the blast.

“After the explosion, black smoke came out and the sound was so loud it was almost deafening,” an eyewitness told AFP.

The explosion, which occurred at 6:30 p.m. EST, was not immediately known. The shopping street is popular with tourists and locals alike.

Istiklal Avenue was affected in a series of attacks against Istanbul in 2015-2016, for which the terrorist group Islamic State claimed responsibility. The attack killed nearly 500 people and injured more than 2,000.

According to information from AFP and Reuters