Sudhir Suri before being shot in Amritsar.

Punjab Hindu right-wing leader Sudir Suri was shot on camera this afternoon on a busy street in Amritsar as he was surrounded by a dozen police officers.

Mr. Suri, the leader of a local group called Shiv Sena Taksali, was protesting outside a temple against its management when a pistol was fired at least five times, allegedly by a local shopkeeper.

Mr Suri received police protection due to threats from gangsters and Khalistani extremists, but the attacker – Sandeep Singh, who has been arrested – managed to hit him at least twice before Killed him before being taken to hospital. Local police were also deployed at the scene. 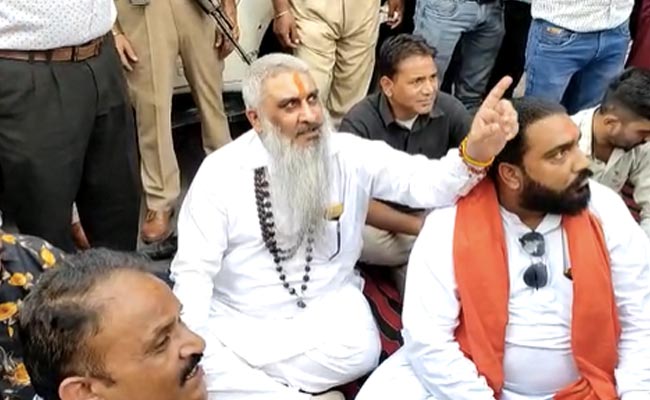 The attacker, a resident of the city’s Sultan Wind area, arrived at the site in an SUV with three other people, but they escaped, the source said.

Mr Suri, who is not an election participant, is mainly known for his violent – allegedly public – video messages on social media targeting some Sikh groups and supporters of Khalistan. Police have not yet established a link.

The police chief called on people to remain calm and not give in to any public calls. Local sources say tense messages and conspiracy theories are circulating among residents of the Sikh holy city.

Earlier today, Mr Suri was involved in an altercation with some of the management of Gopal Mandir near Majitha Road, one of the busiest places in the city, over alleged desecration of idols. He went live on Facebook less than an hour before the attack, showing some of the older idols “shamelessly thrown into the bin”. “We will not tolerate such desecration, even among fellow Hindus,” he said in the video.

The killing came months after the May murder of another police security high profiler, singer Sidhu Moosewala, who challenged the Aam Aadmi party government of Bhagwant Mann, which was formed in March.

Ashwani Sharma, chairman of the Punjab BJP, was one of the first leaders to react: “The law and order situation in the state has completely collapsed.” 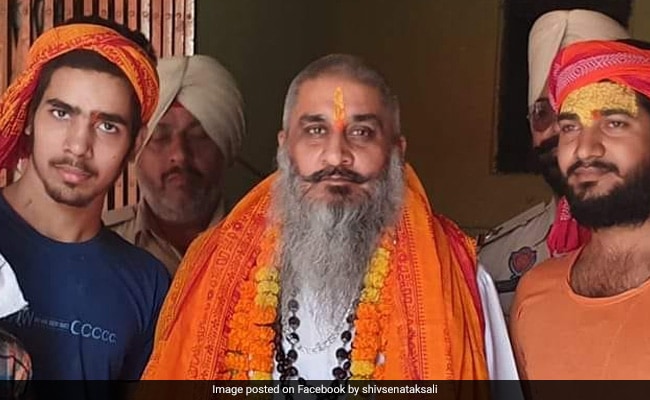 Sudhi Suri’s murder also brings to mind the killing of a string of right-wing or religious leaders, most of them from Hindu groups, in 2016 and 2017, when Akali Dal-BJP and Congress were in power at various times.

In October 2017, Ludhiana RSS leader Lavender Gossain, 60, was shot dead in the eighth such incident in the state in about a year. In June 2017, Christian pastor Sultan Masih was shot dead, while the others killed in that series of attacks were followers of Dera Sacha Sauda in Ludhiana, also in Ludhiana by the name of “Hindu Takhat”. The leader of the organization, and RSS leader Brigadier General Jagdish Gagneja (Retd) in Jalandhar.

In Punjab, the name “Shiv Sena” is used by many Hindu organizations but has no official relationship with the Maharashtra political party founded by Bal Thackeray. State police have been providing security cover for many of these leaders because of their history of attacks. .