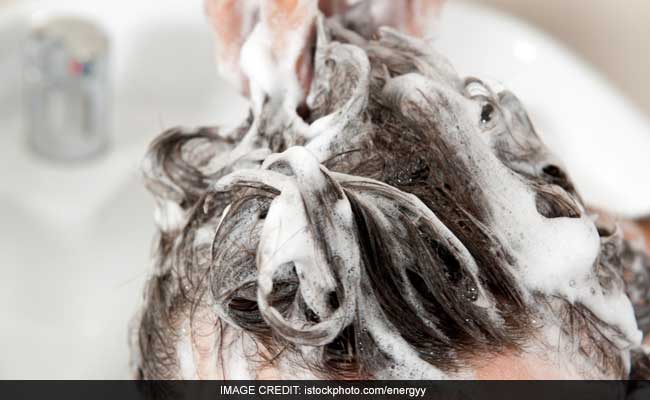 A Hyderabad woman has suffered a rare stroke after washing her hair in a salon.

A 50-year-old Hyderabad woman went to a salon for relaxation treatments, only to have a nightmare. The woman suffered a stroke while washing her hair before getting her hair trimmed. According to the medical professional who cared for her, her stroke was caused when she bent her neck to wash. This puts pressure on vital blood vessels supplying the brain.

Sharing the information on Twitter, Hyderabad neurologist Dr Sudhir Kumar wrote: “The woman initially felt dizzy, nauseated and vomited while shampooing her hair at the salon.”

2. The symptoms did not improve, and there was a slight imbalance in walking the next day. She was recommended for my opinion. She has mild right cerebellar signs. MRI of the brain shows infarction in the right posterior inferior cerebellar region, and MR angiography shows hypoplasia of the left vertebral body

The doctor further wrote: “Initially, she was taken to a gastroenterologist who treated her symptomatically. Symptoms did not improve and she developed a slight imbalance in walking the next day. She was referred Give me advice. Symptoms did not get better, the next day she walked with a slight imbalance. She was referred to me for advice. She had mild right cerebellar signs. MRI of the brain showed an infarction in the posterior inferior region of the right cerebellum, MR angiography showed hypoplasia of the left vertebra.”

“Diagnosed as #beauty #parlour stroke syndrome involving the right PICA area. Probable mechanism is kinking of the vertebral artery during hyperextension and turning the neck towards the washbasin while shampooing. Her #Hypertension also got Good control,” he added.

4. IMPORTANT: Strokes affecting the vertebrobasilar region can occur during salon shampooing, especially in women with other risk factors for atherosclerosis and undetected vertebral hypoplasia.Prompt identification and treatment can prevent disability

“Strokes affecting the vertebrobasilar region can occur when shampooing hair in a beauty salon, especially in women with other risk factors for atherosclerosis and undetected vertebral hypoplasia. Prompt recognition and treatment can prevent disability,” he wrote.

In 1993, Dr. Michael Weintraub coined the Beauty Salon Syndrome in the Journal of the American Medical Association after he saw five women after shampooing in a hair salon Severe neurological symptoms developed. Complaints included severe dizziness, loss of balance, and facial numbness. Four out of five strokes, protector Reported in an article published in 2016.

Video: Man waits in hospital for missing couple to prepare for afternoon