Shashi Tharoor made a typo in his tweet about Virat Kohli 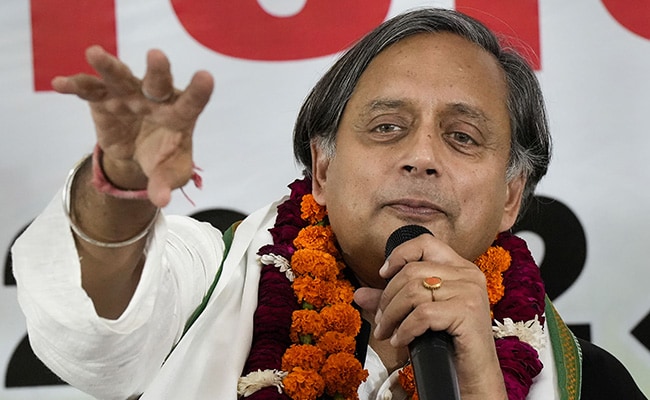 Mr Tharoor shared on social media that he deliberately missed a flight from Goa to watch the India-Pakistan conflict.

“After speaking at the Catholic University Conference in Goa this morning, I was turned down to book a flight, which meant a total missed #indvspakmatch. Even though the next flight is only at 9.55pm, I’m glad to see this One of the great games of the race,” Mr Tharoor tweeted.

In another tweet targeting Mr Kohli, he said: “This man is both a genius and a true hero! Fantastic @imVkohli.”

This man is both a genius and a true hero!awesome @imVkohlipic.twitter.com/wRftfsrzf0

The internet couldn’t believe Mr Tharoor, known as the master of words, made a typo.

“Sir, please give the meaning of ‘authentic’, I can’t find it,” one person tweeted.

Amid the confusion caused by Mr Tharoor’s typo, one rescued him, saying “true” is indeed a word that makes sense in the context of its use by congressional leaders.

“Surprise, thought I found a typo in a @ShashiTharoor tweet, but ‘real’ is a real word and makes sense in this context,” she tweeted.

However, Mr Tharoor clarified that this was indeed a typo.

“Thanks for the rescue, @perthinent, but alas, that was a typo!” Mr Tharoor wrote.

Thank you for coming to the rescue, @perthinentbut it was, alas, a typo!

Mr Tharoor’s tweet was incredible, with one tweeting: “If Sashi Tharoor is misspelled, what hope is there for the rest of us.”

The Indian team of course again relied on Mr Kohli’s valiant performance to beat Pakistan at the Melbourne Cricket Ground. They next face the Netherlands on October 27th.