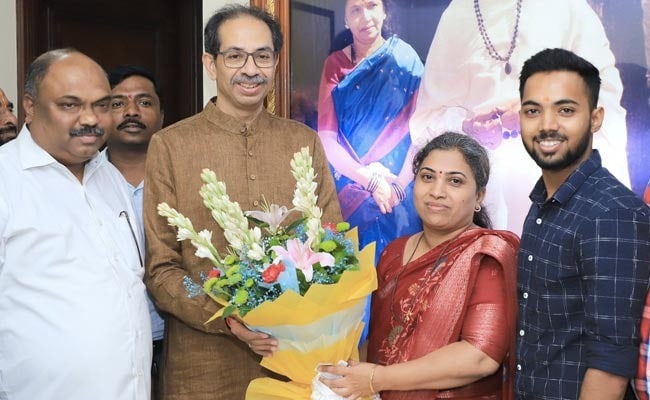 Shiv Sena’s Uddhav Thackeray faction candidate was allowed to run in the Mumbai by-election, the Mumbai High Court today ordered the city’s civic body to accept her resignation. The order came as a relief to the Thackeray faction, which accused the Ekhnat Sind government of relying on civic groups to undermine candidates.

Tomorrow is the last date to submit nominations, and if her resignation is not accepted, Rutuja Latke is unlikely to meet the deadline. The head of the civic group insisted on taking it slow, arguing that under the rules, he had a month to make a decision. However, Briham Mumbai Commissioner Iqbal Chahar denied any political pressure.

Following Mrs Latke’s request, the High Court today ordered the citizens’ group to lodge a letter of acceptance by 11am tomorrow. The court reprimanded the head of the civic agency, Iqbal Chahar, questioning why the city commissioner “did not exercise his discretion and make a decision”.

“If the employee wants to resign and run, what’s the difficulty? The petitioner is a clerk…it’s just an employer-employee dispute…it’s not even something that should go to court. The commissioner should do it now,” Justices Nitin Jamdar and Sharmila Deshmukh Say.

Rutuja Latke, wife of Sena’s current MLA Ramesh Latke, passed away this year, so a vote is required. Thackeray said she initially resigned on Sept. 2, but problems with paperwork forced her to resubmit one, but BMC has been recusing itself from accepting it.

Even in court today, the civic agency insisted 30 days to make a decision, citing a departmental investigation into her corruption allegations. “She never went to the office at work. She used to work just for liaison,” the civic group argued.

Mrs Latje called the citizens’ group’s arguments a ruse, arguing it was a “malicious complaint, based on the guidance of others”.

Both Sena’s Shinde group and its ally BJP have denied interfering in the referendum. But Senna’s two factions clashed over names and electoral symbols ahead of the Andheri East by-election.

Today, the Thackeray camp sent a letter to the Electoral Commission accusing it of favoring the Sind camp.

In the letter, the Thackeray team claimed that the polling agency had shared a “privileged communication” by uploading the names and symbols of its choice on the polling site “even before (the Sind team) submitted the list.”

This allowed the Shinde team to give similar names and symbols, “effectively excluding defendants,” the letter said. [Team Thackeray] From being assigned the name of his first choice and the symbols of the first and second choice”.