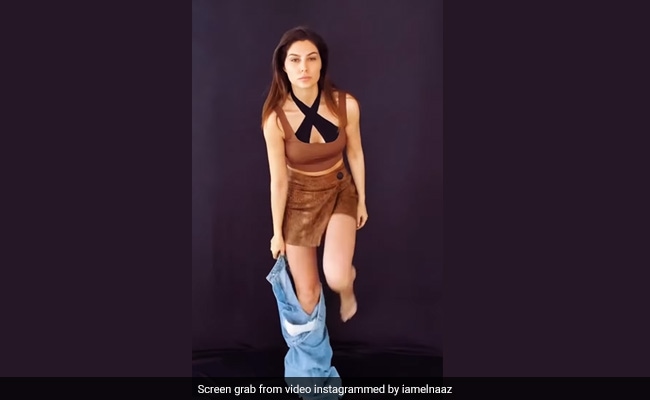 Elnaaz Norouzi, an Iranian-born actor best known for her work on the Netflix series Sacred Games, joins women’s mass protests against Iran’s ‘morality police’, claiming they have the right to wear whatever they want .

Ms Nowruz joined the protest in a video posted on her Instagram account where she stripped off several layers to show what she wanted to wear and that no one could stop her.

“Every woman anywhere in the world, no matter where she’s from, should have the right to wear whatever she wants, whenever and wherever she wants to wear it. No man or any other woman has the right to judge her or demand She changed clothes,” Ms Nowruz wrote in an Instagram post.

“Everyone has different opinions and beliefs and they must be respected. Democracy means decision-making…every woman should have the right to decide her own body. I’m not advocating nudity, I’m advocating choice freedom,” she wrote.

Ms. Norouzi worked as an international model for over 10 years for brands such as Dior, Lacoste and Le Coq Sportive before starting her acting career.

She was trained in traditional Persian dance. In India, she has been learning kathak.

For more than a decade, Iranian women who ventured outdoors, even for a simple errand, feared running afoul of the notorious morality police.

Those found to be violating the Islamic Republic’s strict dress code face being dragged into a green-and-white van in one of the sub-units, given a lecture on how to wear a headscarf, or brutally beaten.

The situation faced by many Iranian women is far worse. One of them was Mahsa Amini, 22, who was taken away by the ethics police in Tehran on 16 September and pronounced dead three days later.

Her death – which activists said was due to a blow to the head, which authorities blamed on a pre-existing medical condition – sparked a wave of protests in which women burned their headscarves.