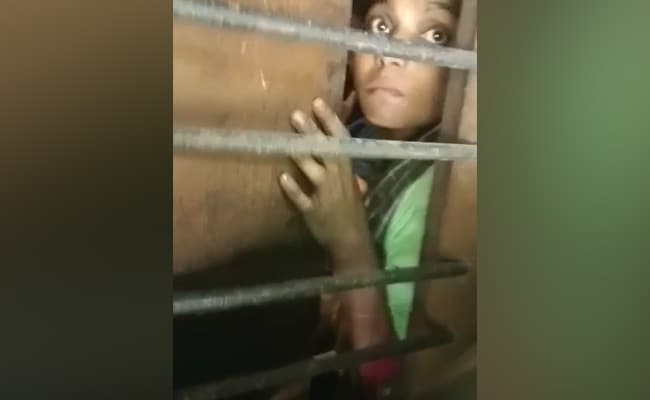 Victims make daily wagers on coffee plantations in the village of Jenugadde.

Jagadeesha Gowda, a staunch supporter of the BJP in Karnataka’s Chikkamagaluru district, is accused of holding 16 Dalits in his coffee plantation for days. Victims say they were tortured. One of the pregnant women lost her baby after beating her, police said. Police have opened a case and the woman is being treated at the district hospital.

Police said a case had been registered under the law against Dalit brutality, naming Jagadeesha Gowda and his son Tilak Gowda. Both are on the run and searches are ongoing.

The BJP has distanced itself from the man. The party’s regional spokesman dismissed the claim that he was party leader. “Jagadeesh is neither a party member nor a party member. He is just a BJP supporter. He is like other voters,” Varasiddhi Venugopal said.

Victims make daily wagers on coffee plantations in the village of Jenugadde. Police said they borrowed Rs 900,000 from the owner of the car. When they failed to repay their loans, they were locked up.

“On October 8, several people came to Balehonnur police station, claiming that their relatives were tortured by Jagadeesh Gowda. But later that day, they withdrew their complaints,” a senior police officer said.

The next day, the pregnant woman was admitted to the district hospital and a new complaint was lodged with the police chief in Chikkamagaluru, the officer said. “After the SP referred the case to us, we registered a first information report,” he added.

Officials investigating the case confirmed that when he arrived at the scene, he saw at least 8-10 people locked in a room. They were released after police questioned their owners.

“They have been under house arrest for the past 15 days. There are 4 families, including 16 members, all from the scheduled castes. According to the complainant, all 16 are under house arrest,” the official said.

“I was under house arrest for a day. I was beaten and abused. He confiscated my phone,” said Apisha, who lost her child. Jagadeesha Gowda beat her daughter and her husband, her mother told reporters. “She was two months pregnant. So she lost the baby,” she said.

“According to complaints from the victims’ families, some of the borrowers had left the home, so the owners locked the rest,” she said.