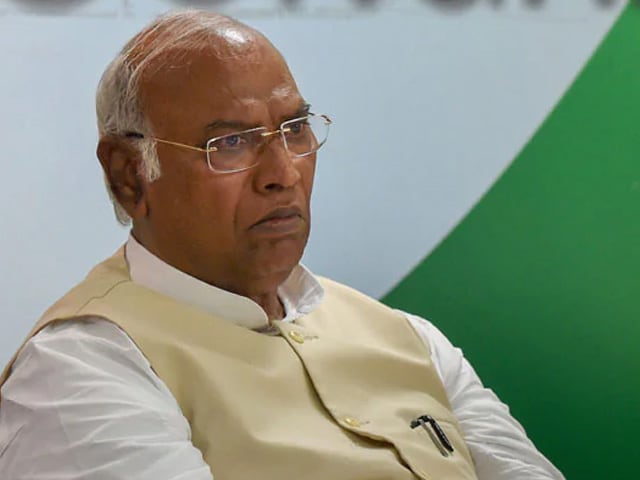 Congress leader Mallikarjun Kharge, one of the party’s candidates in the party’s upcoming presidential election, said today that he had told another candidate, Shashi Tharoor, that “it is much better to have a consensus candidate for the presidency”. He also said it was at the insistence of the party’s top ranks that he decided to fight for the party chairmanship.

Explaining the reasons for his decision to run, he said: “As Rahul Gandhi, Sonia Gandhi and Priyanka Gandhi did not want to run, my senior colleagues asked me to run. I did not run. “Against any people. I am fighting for the Congress ideology. “

He further said, “The status quo and changes that Dr Tharoor has been talking about will be decided by the delegates and the All India Congress Committee. One will not answer the call, but collectively.”

He added: “I will start my campaign on the birthdays of Mahatma Gandhi and Lal Bahadur Shastri. I have always fought and fought for my ideology and morals. I have served on many occasions. Opposition leader, minister and MLA year. I now want to fight again and carry the same morals and ideology forward.”

Further explaining his candidacy, Mr Halger said: “I’m not just running as a Dalit leader. I’m running for Congress leadership and will continue to do so.”