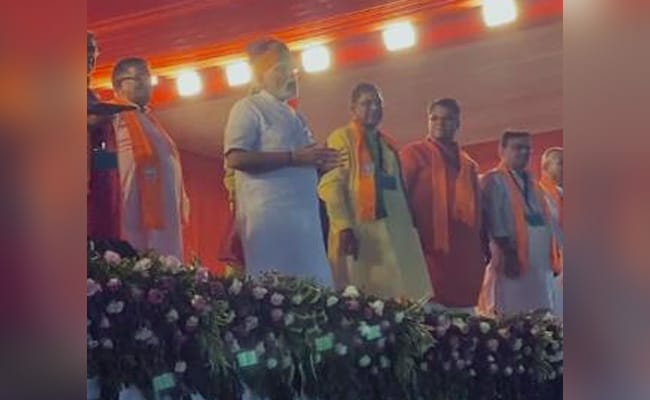 Prime Minister Narendra Modi did not speak at the rally in the Abu Road area of ​​Sirohi, Rajasthan, on Friday because he was late to the venue and said he had to abide by the rules and regulations for loudspeakers.

He apologized before the party for not being able to speak and promised he would come to Sirohi again.

“I’m late. It’s 10pm. My conscience says I should follow the rules and regulations. So, I apologize in front of you,” Modi said without a microphone and speaker.

“However, I want to assure you that I will be here again and return the love and affection you have shown me with interest,” he said.

The rally was aimed at sending a message and boosting the morale of party members in southern Rajasthan, which borders the polled state of Gujarat.

Parliamentary elections in the Congress-ruled state of Rajasthan will also be held later next year. Prime Minister Narendra Modi arrives at Abu Road after praying at the Ambaji Temple in the Banaskantha district of Gujarat state. He visited the temple after speaking at a rally in town.