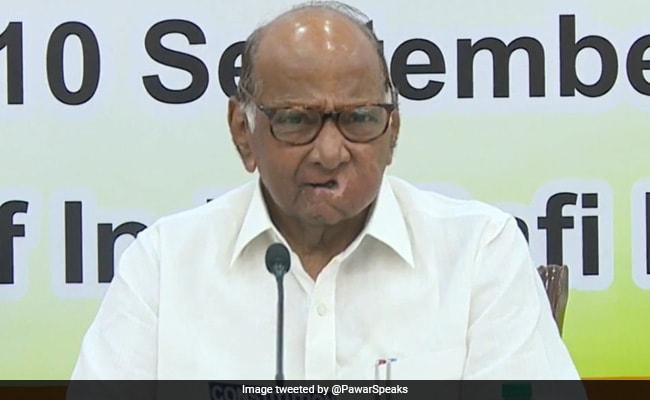 In a series of tweets, the veteran Maharashtra politician juxtaposed the release of criminals with the prime minister’s Aug. 15 speech. He made that point when speaking to reporters in Thane last month.

“On the one hand, the Prime Minister talked about respect for women,” he tweeted in Hindi, “but in the state where he was born, our sister Bilkeith Bano and her children suffered atrocities, her family Murdered, the BJP eased the punishment for those who did so.”

“The BJP has shown the people of Gujarat and the rest of India the honour of women,” Pawar added.

The 11 men were sentenced to life in prison for the rape and murder of seven family members, including her three-year-old daughter, by then-pregnant Bilkis Bano. After serving 15 years in prison, the men walked out of Godra Prison on August 15 after the Gujarat state government allowed them to be released under its sentence commutation policy.

In an interaction in Thane on 29 August, Sharad Pawar also questioned the arrest of activist Teesta Setalvad by Gujarat police on charges that he used false evidence to file a lawsuit against the 2002 Gujarat riots. Ms Setalvad was recently granted bail by the Supreme Court after more than two months in jail.

Mr Pawar’s assertion is all the more important as he is one of the leaders working on opposition unity ahead of the 2024 Lok Sabha election. NCP to hold its eighth national convention in Delhi on Sunday A blueprint for bringing together the forces of the Anti-People’s Party.